Johanna König: Interview with the Founder of Bizladies

The Bizladies Network is not only recognized in Austria but also internationally. In conversation with Johanna König is Business Coach Dr.Judith Girschik.

Leadership Institute: The Bizladies are celebrating their 15th anniversary this year. What is the story behind Bizladies?

Johanna Koenig: The history of the Bizladies goes back to 2004. After a successful international career – the professional station at that time was New York City – I was drawn back to Vienna.
Networking I was from N.Y. and used to my position at that time. And professional networking (especially for women) has always been part of business life in the international hotel industry.
When I started looking for appropriate networks in Vienna, I was initially amazed. Almost everything I came across in Vienna back then was networks with a noticeably political background. Since this was out of the question for me, I decided to set up my own network. Initially that was recruited from my personal, professional network at that time. Over time, of course, that has changed fundamentally.

Leadership Institute: With success. How are the Bizladies doing today?

Johanna Koenig: The development of the past 15 years has been rapid. Today there are the Bizladies not only in Vienna but also in Bahrain, Bratislava, Düsseldorf, Graz, Klagenfurt, Linz, Munich, St. Pölten and New York. Bizladies all over the world regularly exchange information, support each other, and develop cooperations.

Leadership Institute: Who do the Bizladies appeal to? What’s the idea behind it?

Johanna Koenig: The Bizladies are an international community. We primarily address businesswomen, i.e., women entrepreneurs, but also women in management positions in large companies. The mix today is around 60% of women entrepreneurs and 40% managers, all from a wide variety of industries. However, we also count successful freelancers, such as architects, media women, lawyers, designers, real estate agents, university professors, and management consultants, to name just a few, among our members.
It is a really international network. Exclusive events are all about making interesting contacts, both nationally and internationally. This enables our members to broaden their horizons while maintaining their own network. It goes without saying that there are long-term professional advantages.

Personality and the Making of Success

Leadership Institute: Let’s talk about leadership. In this context, the question of personality and the associated personality profiles arises again and again. What type of personality does your platform appeal to?

Johanna Koenig: Most of our Bizladies members are very strong, professionally successful women, many of them innovative and with enormous potential. They show assertiveness, perseverance, and patience. In my opinion, these personality traits are essential when it comes to leadership and entrepreneurial success. Incidentally, these are the same characteristics that I also have to show to keep this very diverse network together. Getting people under this blow requires persistence, assertiveness, and certainly determination.
We always bring the services that result from this to the curtain. So our members also have the opportunity to present the success of their own company, their own organization. This is also used regularly. By the way, also by women who – unlike many men – are a little reserved and reserved. Sometimes a friendly push helps you.
And, of course, our annual awards, such as the “Bizlady of the Year” or “Bizlady of the City” award.  They help to provide a stage for particularly outstanding performances by businesswomen.

In the future, we want to strengthen the possibilities for this with the Bizladies Magazine and the Bizladies Academy. Above all, exciting articles and lectures on current topics should make the life of the platform even more colorful and attractive.

Leadership Institute: Your personal and professional orientation is very international. Can you observe international differences in the approach to networking?

Johanna Koenig: Yes, absolutely. In fact, networking engagement is not the same in every country. In Bahrain, for example, our members are very business-focused and approach our meetings in a very targeted manner. Even in New York, even in Munich, the members are comparatively “straightforward”. Only in Vienna can I see that the clocks often tick a little slower. Here, women sometimes need a little more time to get things going, for example, a joint project.

Johanna Koenig: Networks are vital for professional success. But giving is – as good as ever – more than taking. This is especially true at the beginning of a new relationship. With professional networking, in particular, it is important not to seek your own advantage straight away. It is much better to give a new contact time and the proverbial air to breathe. Try to put current feelings behind your long-term goals. Only long-term commitment to others creates the trust that is the basis for fruitful cooperation and lasting success.
And don’t be too much in love with detail, rather keep an eye on the big picture. In other words: “Let’s not talk about problems. Let’s work on solutions! ”

About Johanna Koenig, Founder of Bizladies

Johanna Koenig is the founder of the Bizladies and [jk: events]. She started her career at the Vienna Hilton. After a stop in Düsseldorf, she organized readings and film retrospectives for the Austrian Hollywood star Oskar Werner.
At 29, Johanna König was appointed Austria’s youngest hotel manager. She not only organized rock concerts (Rolling Stones, Bon Jovi, Deep Purple), but also outstanding events of classical music (“José Carreras at the Schoenbrunn castle in Vienna “and the first “Christmas in Vienna” at City Hall in 1992 with Placido Domingo, Diana Ross, and José Carreras).
Johanna König has been an entrepreneur running her own event agency in Vienna and New York since 1994.

The conversation with Johanna König was conducted by the founder and managing director of the Leadership Institute, Business Coach Dr. Judith Girschik. 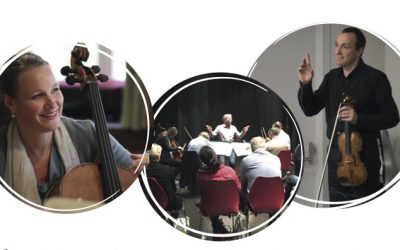 The Sound of Successful Leadership: The Conductor and His Orchestra

A contribution by Florian Schönwiese on excellent leadership makes great orchestras. As an orchestral musician, I... 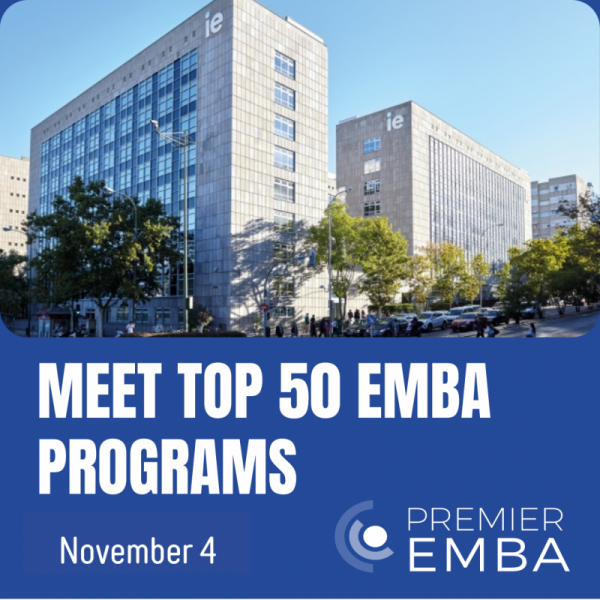 Return on your I. Discover the World of Top Executive Education

Have you ever felt the need to take a step back before taking a step forward? To return to your initial dreams,... 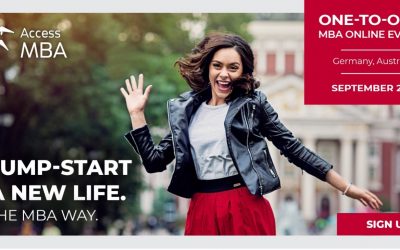 Taking Your Career to a New Level

Do you want to take your career to a new level and uncover your leadership potential? Then join us for the Access MBA...

This website uses cookies to improve your experience while you navigate through the website. Out of these, the cookies that are categorized as necessary are stored on your browser as they are essential for the working of basic functionalities of the website. We also use third-party cookies that help us analyze and understand how you use this website. These cookies will be stored in your browser only with your consent. You also have the option to opt-out of these cookies. But opting out of some of these cookies may affect your browsing experience.
Necessary Always Enabled
Necessary cookies are absolutely essential for the website to function properly. This category only includes cookies that ensures basic functionalities and security features of the website. These cookies do not store any personal information.
Non-necessary
Any cookies that may not be particularly necessary for the website to function and is used specifically to collect user personal data via analytics, ads, other embedded contents are termed as non-necessary cookies. It is mandatory to procure user consent prior to running these cookies on your website.
SAVE & ACCEPT
Call Now Button